7-14 november
1 ACT: A question written with the style of a theatre play on an A4 white paper.
(We develop/find/brainstorm the question together. During this week we ask that question in our everyday routine. We record, remember or take down notes of the answers we get.)

14-21 november
2 ACT: An answer written with the style of a theatre play on an A4 white paper.
(This is one of the answers that one of us got during ACT 1) 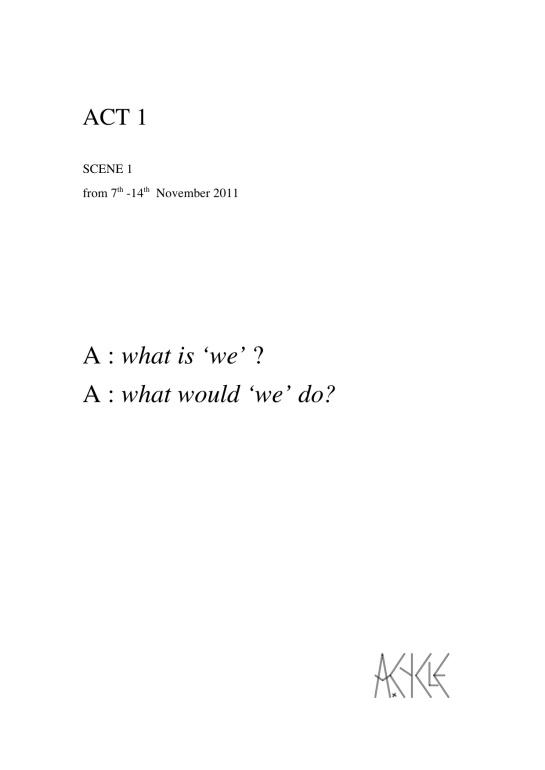 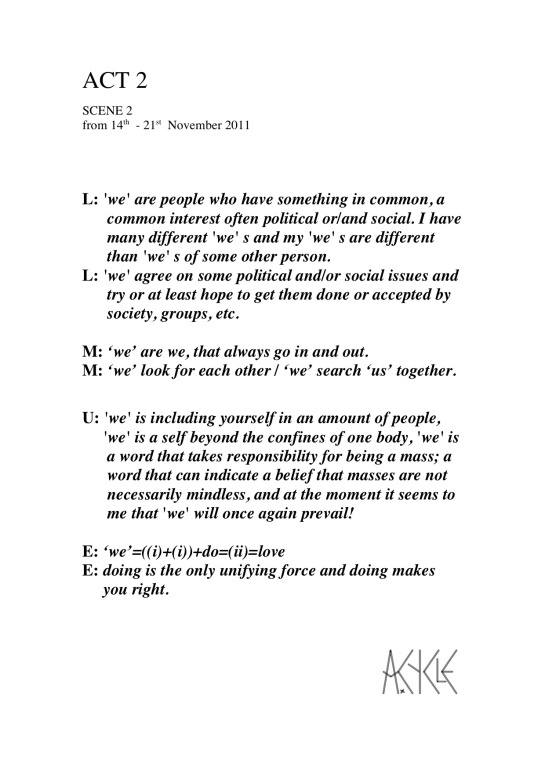 We answers. Sorry for being late.

– We depends on the situation.

– We of a position, we of a situation,

– We are the ones who would wage war saying we but becoming them by that instance.

– We was then and now there is a new we to be spoken.

– We is often misused , alleged and obnoxious.

– We got together in the street, recognized ourselves without thinking.

– We is an excluding term that entails a split from a them or you.

– We under those circumstances becomes a problematic nomenclature in its use of the mobilization of the alleged “we”, as it has been proved in many and diverse connoted international conflicts, to name an easy example.

– We has to do with sex, but that’s only noticed when the deviance is at stake.

– How we are to continue to resist?

– We do magic, to turn the impossible into possible, to demarcate the new parameters of the visual. Re-stablish the rules of the game.

– We pretended to a nation of unshared values.

– We are pretended to get mobilized without having a place to go to.

– The organization part became problematic. Hierarchical structures are hard to avoid, though structure is necessary.

– We would discriminate you from us.

– Then we is “ghettoed”, perverted; inverted; excluding; self-absorbed ; vindictive.

/
we are attempts to cross borders, all kinds of, widespread, from below
and from inside blurred with the outside
reaching out in games
whose rules are never known
we are fluctuations in the force
and we glow in the dark

‘We are the ones we have been waiting for’
– June Jordan.
We are a multitude of differences.We are a majority and a minority. We
are abject.We have been subjected and objectified. We are passive.We
are active. We are one, we are many.
We are struggling.
We are searching.
We are awakening.
We are Other.

We are not the lamb of god.

We will try to reveal the truth.
Personal truths.
Political, physical, metaphysical.
We will establish an other language.
Individual and Communal.
In order to express difference, anger, inequality,
resistance, truth, beauty, perseverance and
Love.

We is nothing.
We would do everything.

We is nothing.
We would do anything.

– ’we’ is a brief, temporary and very conditional perception

– but there is a ’we’, that at the same time as my blurry vision brings me confidence, calmness and a sense of belonging

– and in any extreme situation, i would express and devote myself to some primary ’we’, excluding others

– ’we’ is a powerful individual and unique experience, that can never be defined from the outside, not with ’them’. 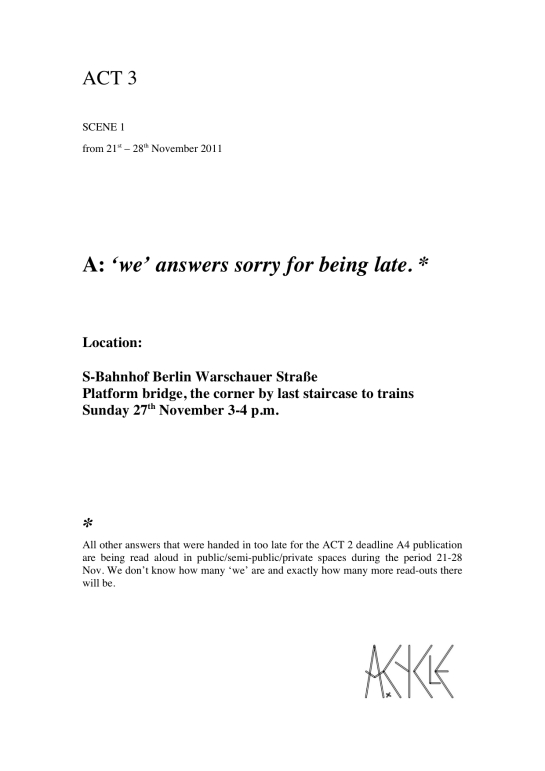 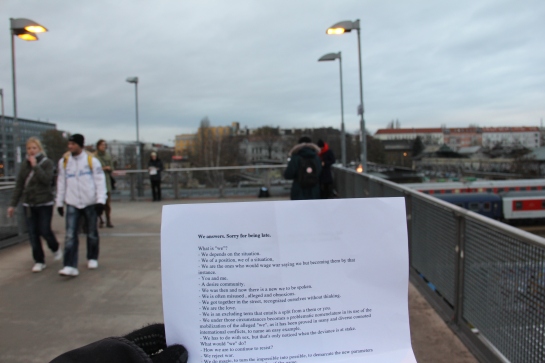 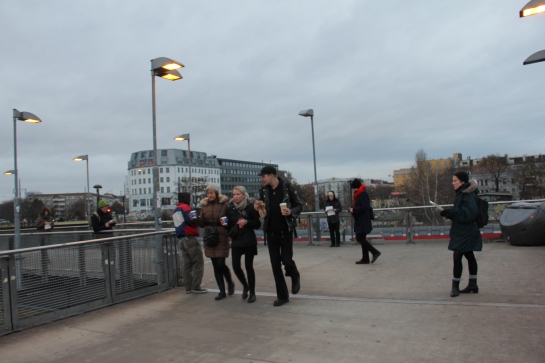 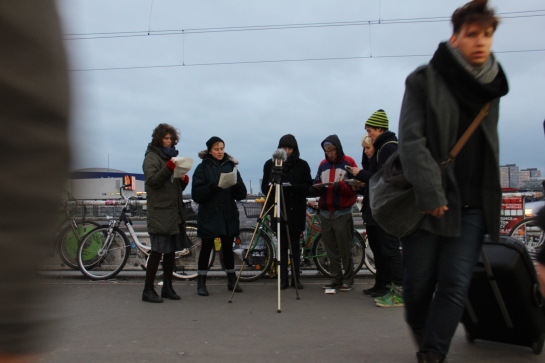 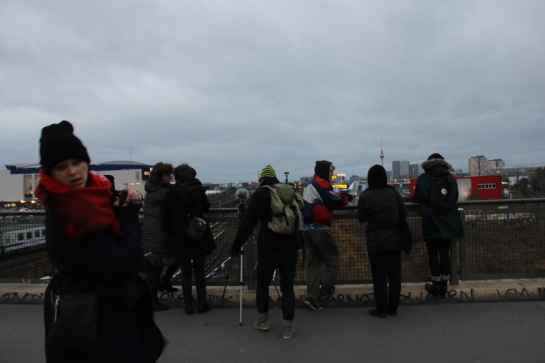 Other kind of cyclist